The Mourners Forget Which Funeral They're At by Matthew McBride 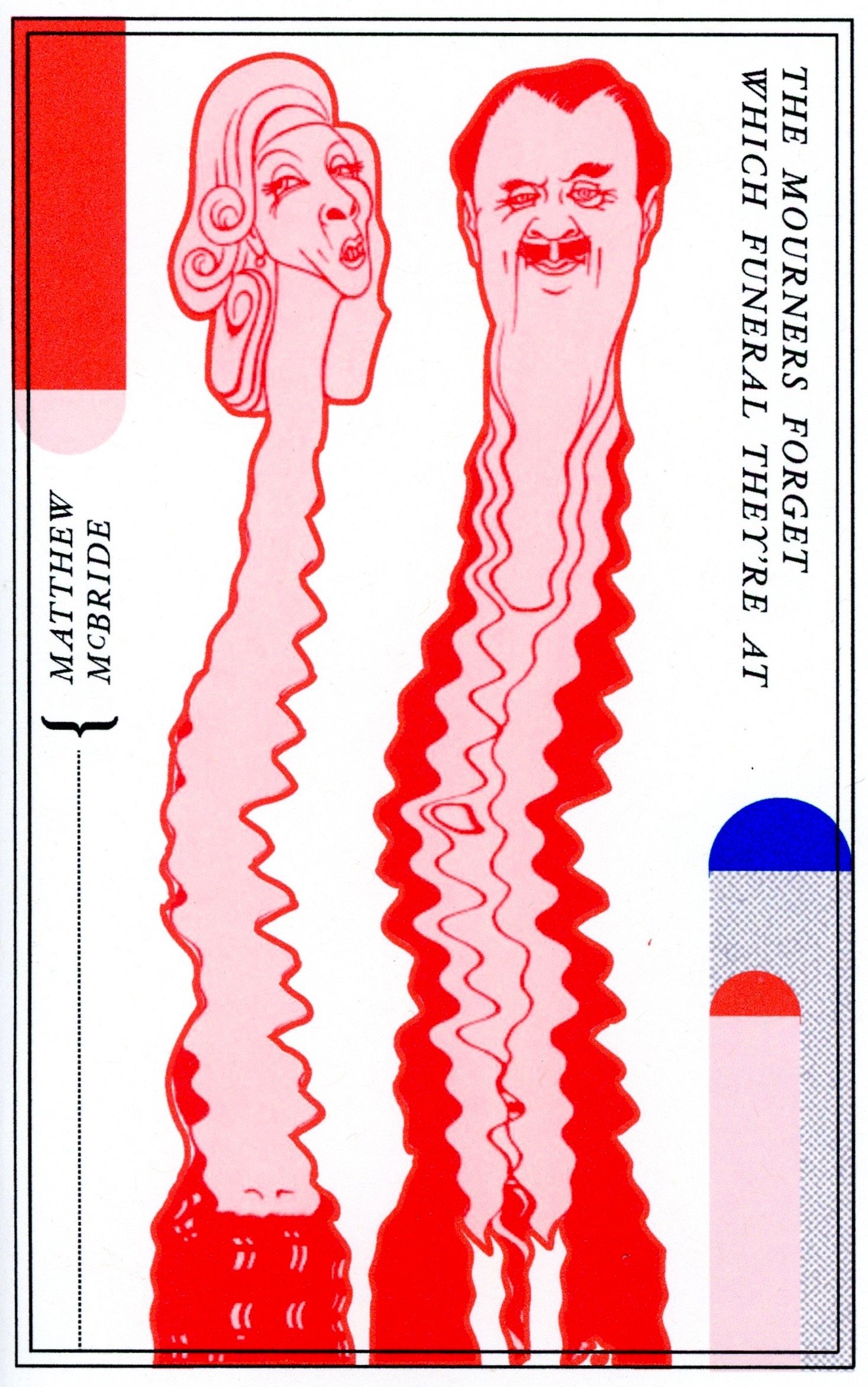 "These are poems to be read alone in dimly lit bars located by the airports in towns you don't know. They live in the empty seat next to you; strewn along fraying fringes known as American backroads. There's emptiness yet hope. The ways in are not always the only ways out. The mourners mourn and then they too traverse their own backroads to the their own dimly lit bars by the airport. Their own funerals loom in the sky like an oncoming jet. God damn, these poems COOK."