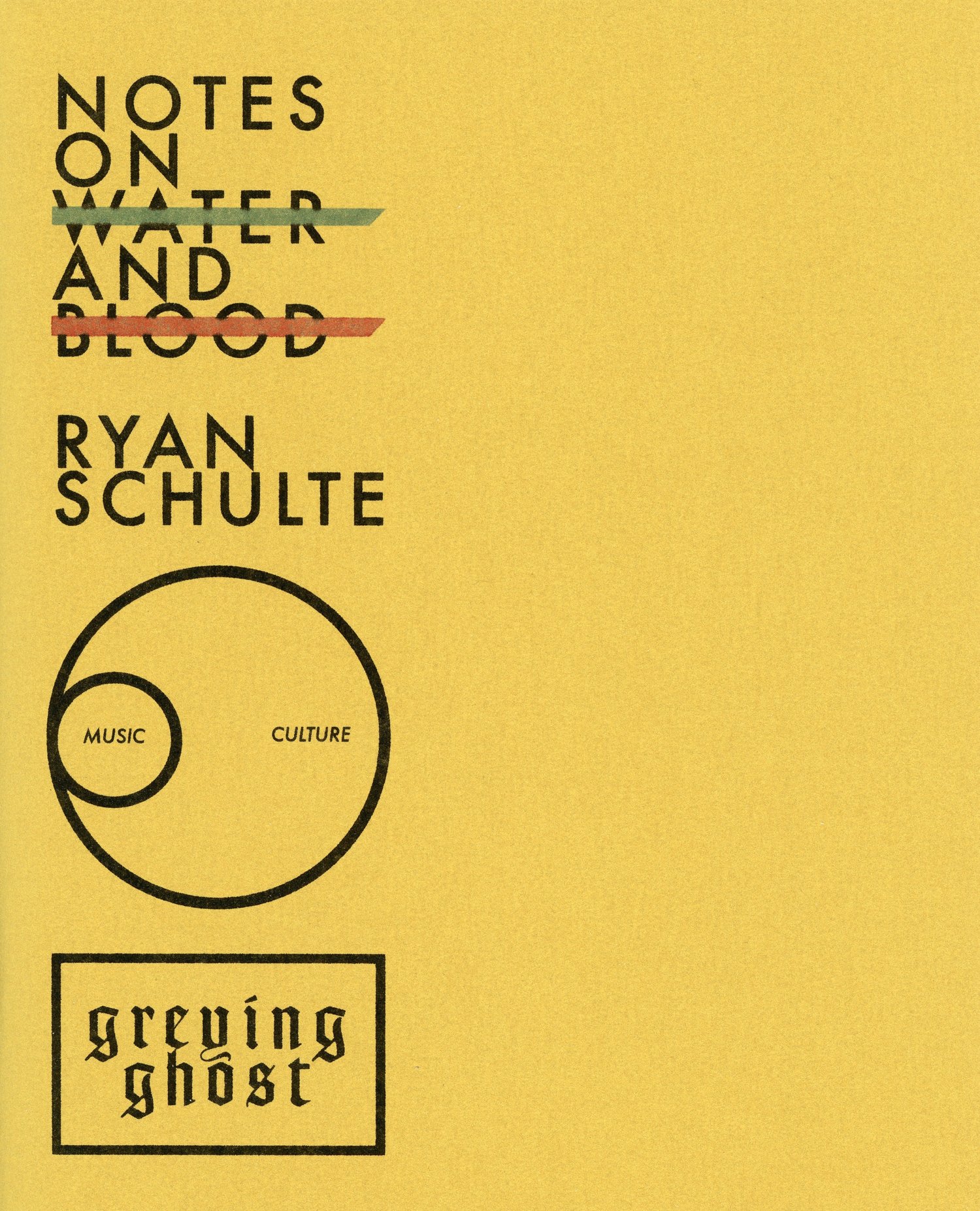 Notes On Water And Blood by Ryan Schulte

"My parents’ friends pay two-hundred dollars for concert tickets and refuse to see the whole show. At the first notes of a recognized tune, they rise from their seats and turn their backs to the stage. Instead of the musicians, or the giant screens above the stage showing their every twitch, the dissidents face exit signs, glowing small and red and countless along the curve of Madison Square Garden. They hold this pose for the shameful song’s duration. Its lyrics, which they object to, and I refuse to find objectionable, describe a teenager struck with forty-one gunshots. Remarkably gruesome, but this musician, whom they claim to admire so deeply, and whom they have commissioned via Ticketmaster, has written, recorded, and publicly disseminated many songs with comparable bloodshed, even higher body-counts – and when performed, these songs are not met with contempt. One describes an autoplant worker that gets too drunk – on Tanqueray and wine – and shoots a nightclerk, all because Reagan’s bankers have foreclosed his house. On trial, as his mother and girlfriend scream from their seats, the murderer pleads guilty and asks to have his head shaved and body given to the execution line. Another song depicts a woman murdered by poverty; seen again after years of estrangement, her old lover finds her a dreary and reclusive walking corpse. My favorite was an old man’s lament for the cold last years of his love; he is not sure when his wife gave up the ghost, but she sure doesn’t love him now, and acts indifferent to any possibility that, once, she might have. Taken with such vengeful homicides and metaphysical causalities, “American Skin (41 Shots)” should be unsurprising. Simply, a mother pleads that her son not get murdered by sinister armed strangers, and he does. An audience that apparently sympathizes with a dispossessed drunken killer (no backs are turned for that number, although a sizable contingent might head to the bar) should understand how the streets are ridden with danger, and death has undone many. However, backs are turned and faith suspended when Bruce Springsteen sings of how Rudy Giuliani and his NYPD dealt forty-one deathblows on a child." - Ryan Schulte